Now we are seeing total soccer exhibited by clubs like Liverpool that constantly break lines, transition in blocks to attack and defend incredibly fast, press constantly, and shoot whenever possible.

Possession, total, counter-attack; they are all valid.
You cannot force a squad to play a certain way.
You are limited to your players’ ability which you, as a coach, help to fine-tune by teaching fundamentals rather than styles of play. Is the opponent pressing you? The long ball passes to the other side and starts a counter. Is the opponent better on an individual skill level?
Wait, defend, and counter-attack.

Nobody is trained to play anymore, they are just taught to do a certain array of mechanics, so when you are faced with better opponents, players only know how to stick to the few mechanics they have been brainwashed into always doing. They do not know how to react to a game or what to do when the opponent can neutralize their method.

Spontaneous, natural formation perfected by learning the fundamentals of the game is the best of all, it has no regulations, no pre-set requirements or benchmarks.
Teach the kids the importance of first touches in dynamic situations, emphasize the beauty of playing simple, but always forward, and materialize the idea that breaking the line is necessary to move.

Playing football well is learning to solve situations, and one learns to solve them by facing them.
How does the naturally formed one deal with them?

In my experience it was like this, I always wanted to play and I didn’t have a ball or structure to do it, I had to play in the street, there are no rules, if you want to be part of the group you must share the only ball, you must take care of possession, as there is no prohibited ages or physiques, the solution is “I avoided the smallest or weakest and before the largest and strongest I passed the ball as quickly as possible”

If you play hours every day for years like this, you find the solutions to the competition problem most easily.

A youth coach should not win everything he plays, but if he should generate respect in his players and his greatest triumph will be that year after year, they want to continue with him. 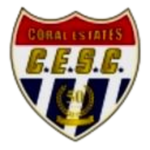